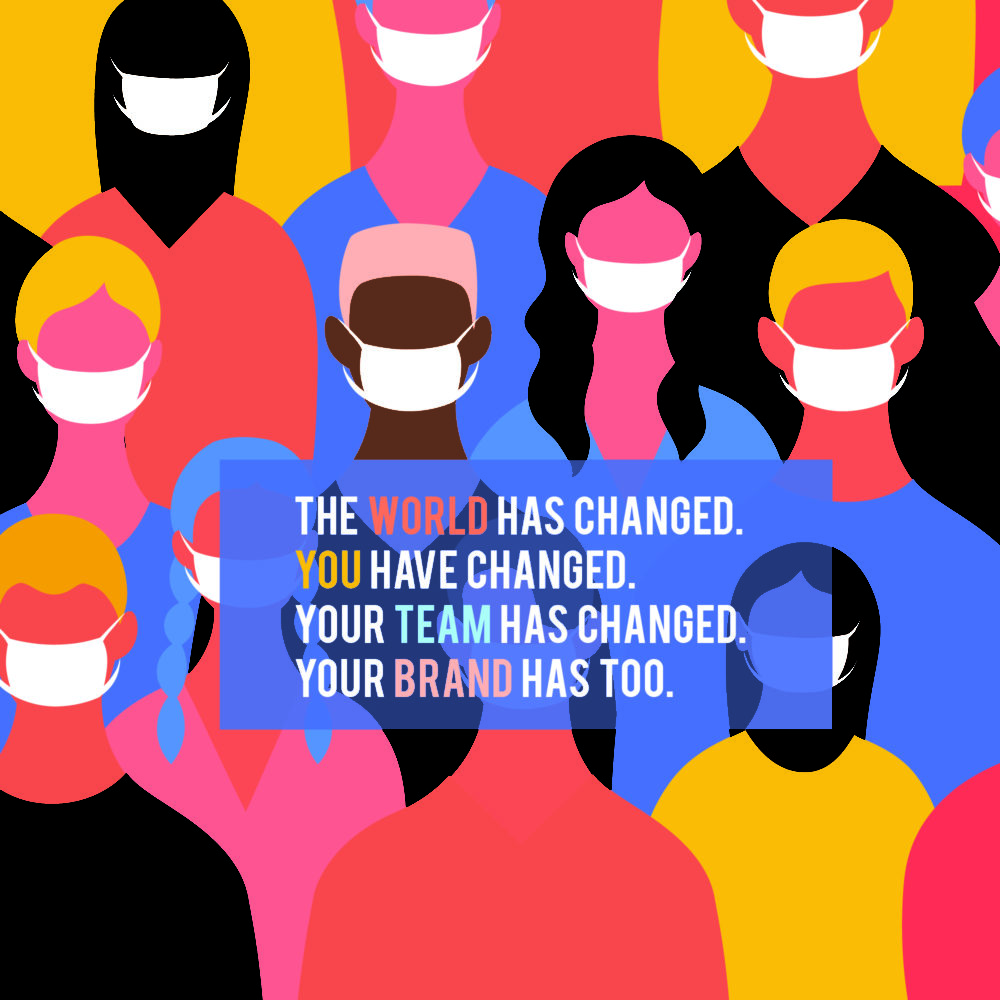 What will your brand stand up for?

Both Covid-19 and the racial injustice movement have changed us forever.

We can do better.

I’ve been thinking about just how can we do better.

If we have been changed, surely our personal brands and the brands we work for must change too. We cannot imagine that from here we simply go on as we have.

We have always had choices on which businesses we will support, but now that choice seems more important.

So why now, when we have been so severely shaken by global events would we support brands that do not support our deepest held beliefs?

To get the attention of the marketplace you want to impact, it is time to declare what you stand for and what your brand will stand up for, and what you will not tolerate. Then find concrete ways to ensure you walk the talk.

If you are looking to be a purpose-driven brand, start by declaring your values. Once considered “fluff”, or a “nice to have”, now your values are a rallying cry, a uniting force, and a source for motivating a team of staff that wants to make a difference. Values are a way to retain and acquire new talent.  Values will also be your differentiator in the marketplace.

What would change if you added anti-racism to your values?

What would change if you added well-being to your values?

How would that drive internal and external change? What impact would the results of those actions have?

The time has come to be a purpose-brand.  If you need help navigating this impactful way of living and working, let’s work together to make this part of your story.

Forever changed is the silver lining.

Live your story, on purpose. 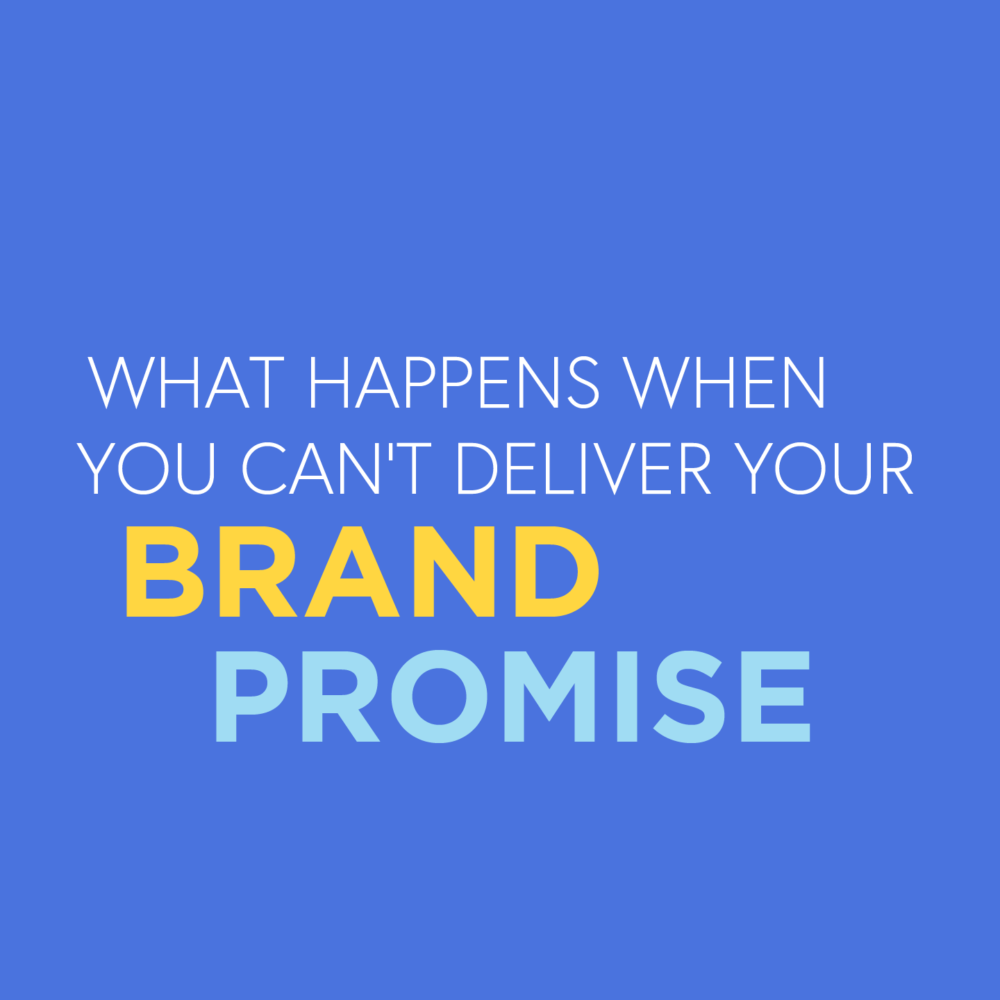 What happens when you can’t deliver on your brand promise?

I once owned a company named Starstruck, and we manufactured and exported a line of women’s clothing to 320 stores in the US and 120 in Canada.

It is quite a story.

A big part of that story is that not everything went as planned. Well, to be honest everyday something didn’t go as planned. It was the nature of the beast. Sometimes things went better than we ever could have imagined. (It really did help to be an eternal optimist in the world of manufacturing women’s fashion.)

There are so many stories, but I’ll tell you one in particular. I know exactly where I was standing when the call came in from our fabric supplier. It had been a great day, sales were up, our new line had been well received, our local retail store was humming. It was early afternoon on a sunny spring day; the kind of day that convinces you winter will never come back. I clearly remember feeling like we were on top of our game.

But, back to the call: our container was stuck in the Pacific Ocean just off the coast of Vancouver. There was a labour strike at the docks. Nothing was moving. There was no foreseeable end in sight, and no one could tell us exactly when we would receive our goods.

We had tight turnarounds – fashion is like that. What retailer wants a shipment of winter coats in April?

There were substantial financial ramifications. Some of our bigger department store clients had relentless one-sided terms. Of course we had reluctantly agreed to them because of the significant advantages of being carried by the ‘bigs’. They were essential to our growth. But those sales were a double-edged sword and we were about to feel the sharp side.

Big retail understands the cost of holding inventory that is not on the sales floor, so deliveries were tightly timed. We were given a 10-day delivery window and every day an order was late we would lose 30% of the value of the order. This business was not for the faint of heart. Likely you have guessed that US department stores did not particularly care about the strike “up in Canada”.

Late deliveries were hard on our smaller retailers too. Although the ‘bigs’ were essential to our growth, the smaller and mid-sized retailers kept us in business – they were always our long game.

Manufacturing is at the best of times a massive amount of moving parts. The domino effect when one of those parts goes astray, well I can feel the headache all over again.

What hurt the most was late deliveries were so off-brand. This is not what our brand promised. We knew how important it was to be true to our word. “Fashionably late” did not cut it.

We were living in the land of Porter’s Five Forces! I don’t always think that “academic” models actually live very well in the real world, but this smacked of  one of the five forces.

The Porter’s Five Forces model examines five key aspects of your company’s competitiveness. One of the five forces is Supplier Power. Wow, did we find out that our supplier had a lot of power!! Of course long before Porter, our mothers had told us “don’t put all your eggs in one basket.” Always listen to your mother!

So, I got on the phone to explain that orders would be late.  The true story felt like such a ‘roll your eyes’, dog-ate-my-homework kind of story. I pictured the response, “Seriously this is the line you are going to give us?”  My palms were sweating, I paced as I talked (10,00 steps was not a problem!), my stomach turned. The self-doubt gremlin arrived.  Maybe we weren’t going to make it?

On the other end of the phone the response was not what I expected.

We had a reputation of living our brand promise. We had made significant deposits. They believed us and more importantly they believed we would do the best we could. It was truly humbling to see the trust they had in us.

They were also truly shocked that we called and owned up.

What happens when you can’t deliver on your brand promise?

Own up. This is not the time for hide-and-seek.

It’s hard to imagine, but in the toughest of times the strongest relationships are forged. If you can’t deliver on your band promise, it’s a big deal. Recognize that.  Go to the highest rung on the ladder and have whoever that is make the call. It will never be forgotten that you cared that much.

Look at each of the five forces and review the strength of your competitors, supplier power, buyer power, threats of substitution, and threats of new entry. It’s a handy tool to protect your competitiveness.

As for this ‘drink from the fire hose’ Starstruck tale . . . we made it out alive.  The strength of our brand promise saved us. The strike ended, fabric arrived, we worked like dogs (not like the dog sleeping at my feet right now), to turn raw goods into finished goods, and then into shipped goods.

Then we doubled our number of suppliers.

And went merrily along making more deposits in our brand promise account. (I do love a happy ending) 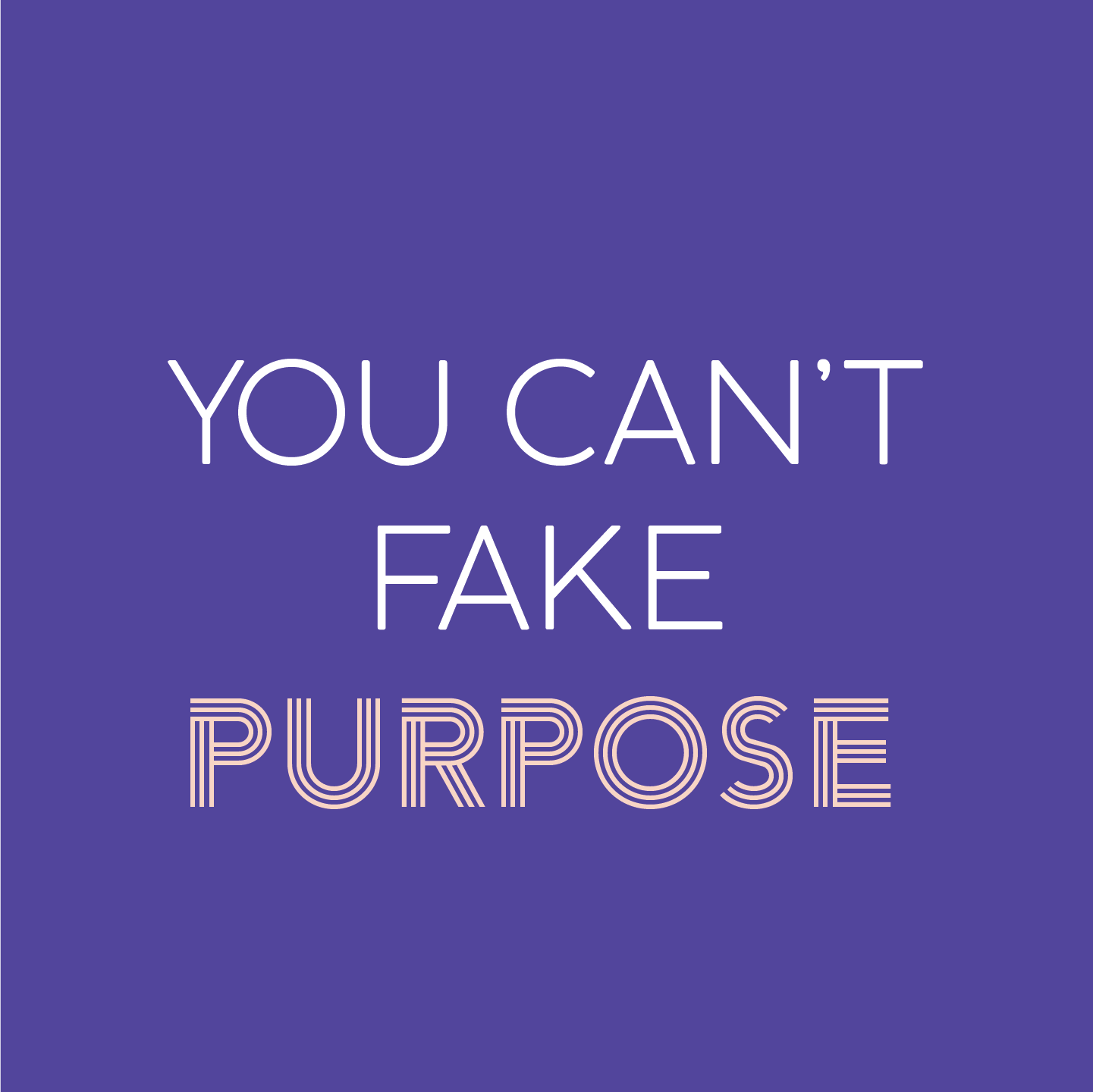 What a conundrum: we live is such a transparent world that often seems anything but transparent.

Social media has allowed us to see more than we want to see about people, companies and brands. If you or your company are not walking the talk someone will notice and likely call you out. That can scare brands away from being who they really are.

Fake news, fake Insta, fake FB. We are tired of all of it. A culture of impatience and a hunger to impact the greater good is surging.

And that is where the opportunity lies.

Brave brands stand up for their why and are rewarded for it.

Is purpose driving your business? 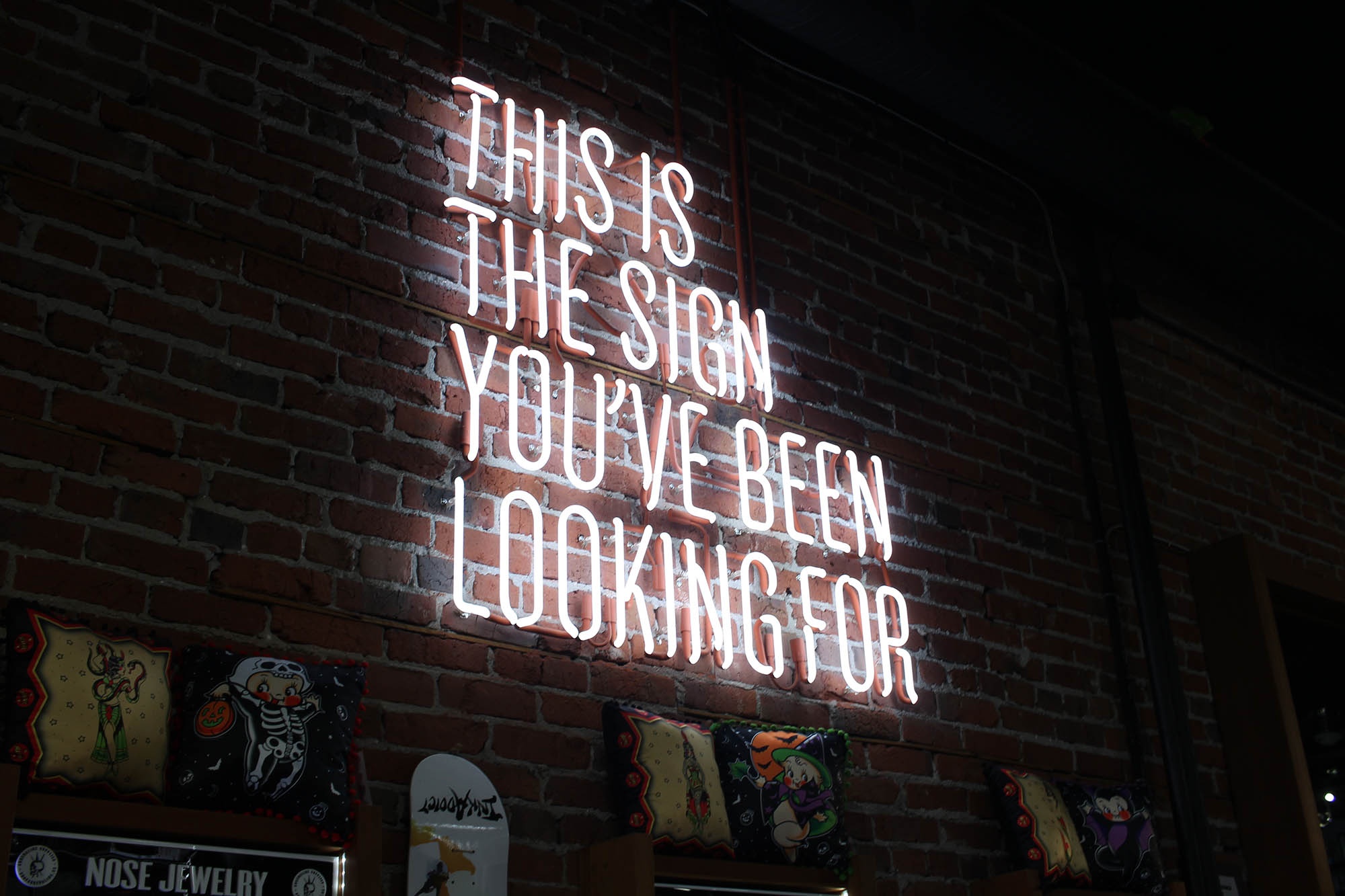 Generally it’s the bottom line that speaks up first and gets everyone’s attention. Underperforming products, missed targets, and poor launches are all warning signs.

Sometimes it’s noticed in HR where a growing discontent leads to turf wars and the start of a toxic culture.

Generally there is just a deep confusion that feels chaotic, and a sense of being rudderless. People become very busy but the results don’t change.

The natural inclination is to fix what is broken. People look at the micro level, fix, and tweak, but when the results don’t change, it’s a long and drawn out death until capital runs out or clients simply run away.

For those not willing to let that happen they usually need to take on the elephant in the room.

We are not talking about poor font choices  (but don’t pick ugly fonts).

Somewhere along the brand chain something is not aligned; and it can send your company quickly in a downward spiral.

Ask the following five questions and see how your brand stacks up:

There are many aspects about your branding statements that will propel you to success and I will write about more of them. But none of them will be as critical as understanding your core values. 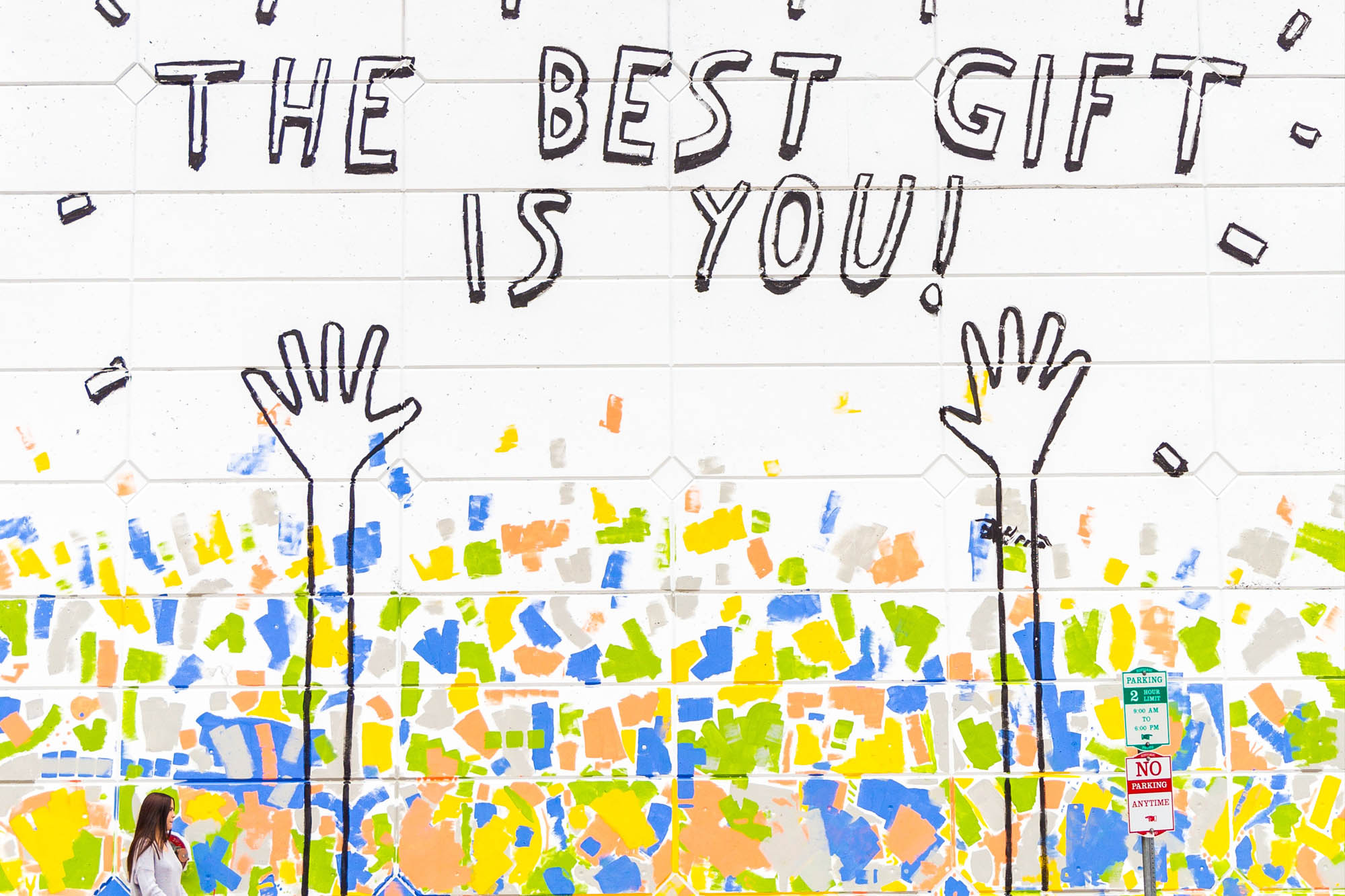 Personal Branding is Not Bragging

Once a term like personal branding becomes a “thing” it becomes a misunderstood “thing”.

The question I hear most is, “Isn’t personal branding just another form of bragging?”  And in our insta-happy, Facebook perfect, selfie world that could certainly be true.

But don’t be fooled.

True personal branding could not be further from bragging.

Personal branding is about finding the best way for you to help others. It is about becoming more of you, not a new you, not an improved you, or a thinner you. It is not you in a red power suit and Louboutins.

That is powerful, transformative stuff.